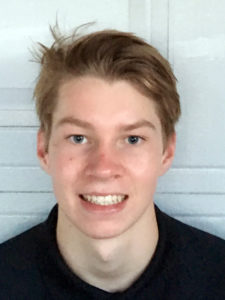 USC outside hitter Lucas Yoder and middle blocker Andy Benesh were named to the Off The Block Freshmen All-American team.

Yoder was the squad’s only unanimous choice among the nine freshmen chosen by a 22-member voting committee comprised of men’s volleyball head coaches and volleyball reporters from around the nation.

USC and Ohio State were the only Division I-II schools with two freshmen or redshirt freshmen honorees. Yoder and Benesh are both true freshmen who have started all season for the Trojans.

Benesh currently is sixth nationally in hitting percentage (.440, second in MPSF). Read the article on www.usctrojans.com.